Celebrate the Olympics: The Mountains Between and Far Out E-book Offer Today is the 2012 Olympic Games Opening Ceremony! That's right- this exciting moment is finally here after months of anticipation. From 21:00-24:00 in UK time, the world's eyes will be upon London as the spectacular show which has been kept secret as much as possible will commence.

To celebrate, we are offering two fantastic books from out imprints for free in Amazon Kindle e-book form from Friday 27th July AM to Saturday 28th July PM. Click on the links to download your copies:

The Mountains Between by Julie McGowan 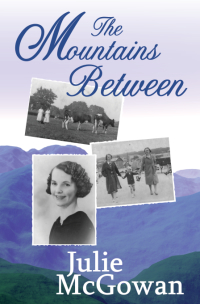 ~Price rises to £2.17 after Saturday PM~
"The Mountains Between" tells the story of a small girl fighting to keep her balance in the face of an unbalanced mother and the deepest heart-blows a child can bear. It's a story of strength and courage; of a girl-woman with a huge heart who took what life threw at her and kept on loving - the story of a survivor.

It's the story of a Big Pit mining family who suffered an unspeakable horror that nearly killed them, but they got up and got on because that's what those amazing people did. And it's a story about two young people who could have and should have found each other much sooner, but their valleys were separated by the mountains and never the twain, in those days, would meet.

It's a war story; a love story; a hate story. But more than all this, it's the story of a chunk of Wales's lifetime slashed like a scar on a mountainside - about the people of Wales, the people of the mountains and the valleys who formed the beating heart of that country; the people who enable the current Welsh to stand proud and hold the Red Dragon high, because of what their forefathers did.

This book is the story of their essence.

Far Out: Sailing into a Disappearing World by Corinna Weyreter 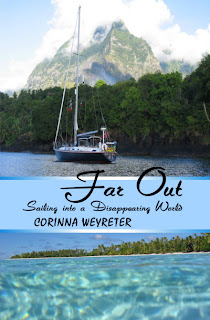 Tired of their careers in the oil industry, Corinna Weyreter and Gjalt van der Zee sailed away from the rat race in search of freedom and adventure in the fabled South Pacific. Taking only what could justify its space on their 41-foot yacht, they abandoned materialism to discover how little a person really needs in order to be content. Trading with fishermen in Belize, learning desert island survival from the lone inhabitant of a Polynesian atoll, swimming with humpback whales beside the coral island of Niue, attending the wedding of a Chief’s son in Vanuatu ... they entered an enchanting new world. But Earth is under threat from humanity. During a period when the human population doubled, animal species plummeted by more than a quarter. 41% of all oceans have been strongly affected by Man’s activities, 19% of our coral reefs have died, and 29% of fisheries have collapsed. The young couple found a beautiful world beyond the urban sprawl and rampant consumerism of mankind, but its future is fragile. In Far Out, Corinna takes us into that disappearing world and shows us its fragility with sensitive first-hand knowledge.

Remember to spread the word about this limited offer and let us know what you think about the books.  Finally, from all of us at Sunpenny: enjoy watching the Olympics over the next few weeks!
Posted by Stephanie Higgins @ Sunpenny Publishing at 08:22