NaBloPoMo #5: Photos from Stephanie Parker McKean's tour for her novel, 'Bridge To Nowhere' 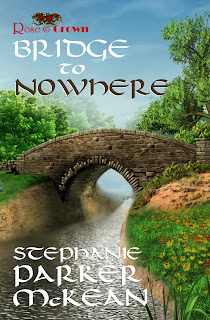 Recently, Stephanie Parker McKean, author of Rose & Crown's Bridge to Nowhere, went on a tour promoting the book, which is her debut Christian romantic suspense novel. Stephanie's whirlwind tour took her across the USA, from Alabama to Texas, stopping at many interesting places to do book signings at schools and other venues – including the restaurant that was the inspiration for the 'Spanish Tile', the seafood restaurant featured in her book!

About 'Bridge to Nowhere':

Bestselling author Mike spends her days shut up in her office, churning out detective stories for her publisher. When a beautiful stranger appears, masquerading as Lynette Clarissa Greene, begging her to help investigate the murder of her sister, Mike is soon embroiled in a mystery which includes the entire town. From the simple-minded Clint, who sheds light on Lynette’s true identity, to the talented Nat, and the orphaned Jared, Mike soon finds herself immersed in the illicit subculture of Texas Hill. From dog fights to kidnappings, her life is thrown into chaos by her incessant need to track down culprits and bring them to justice.

In amongst the drama she finds herself wrapped up in is Mike’s relationship with retired film star and rodeo champion Marty. Used to saving her from the troubles she finds herself unwittingly caught up in, Marty is her hero. As the story progresses, Marty comes around to Mike’s qualities and they grow closer both professionally and personally. Will they finally settle on a date and keep it? Or will the drama continue to obliterate any progress they are making in their relationship?

Photos of the tour, commentated by Stephanie Parker McKean: 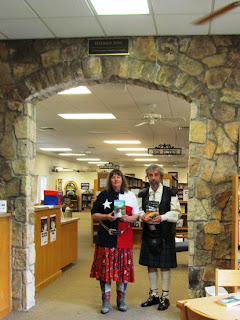 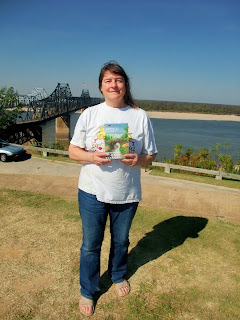 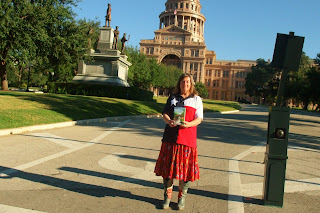 OST stands for Old Spanish Trail. The OST is the longest continually operating business in Bandera, closing in on 90 years. In Bridge to Nowhere, Miz Mike frequents the Spanish Tile, a restaurant very much like the OST. Alan and I had our first date in the OST. It was touching to visit there with our books! 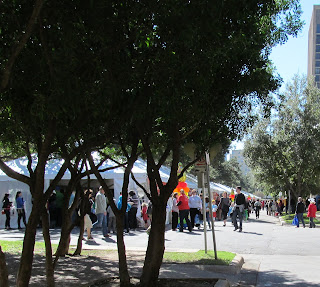 My favorite breakfast! An Arkey Blue special, named for Bandera Hall of Fame musician, Arkey Blue. It consists of two cheese enchiladas covered in chili gravy with an egg of any style on top, garnished with jalapeno peppers! Great stuff! Miz Mike would have loved it! 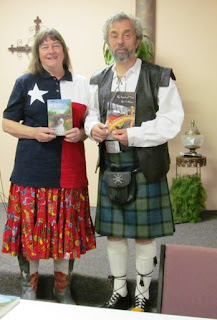 Grace Worship Center in Montgomery, Alabama, the first stop on the book signing tour! Folks showed up to support us. We had snacks in the back and everyone enjoyed visiting. Alan was invited to preach at Grace Worship Center on both Sundays that we were in Montgomery. The remaining Sunday, we were in Austin, Texas, at the Texas Book Festival--along with thousands of folks!


After he was converted, Methodist preacher Pollicarpio Rodriquez built this chapel by hand, using huge limestone rocks. He was one of the first Hispanic settlers in Bandera County. Preacher, Indian Scout, Texas freedom fighter, explorer, surveyor… an amazing man who built an amazing chapel which is still used for services today. 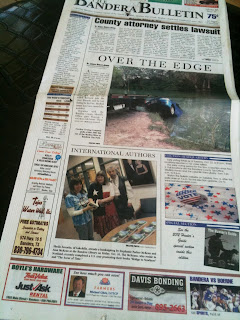 A report about the tour and book signings in a local paper.

Alan and I were able to visit an elementary school in Laredo with our books and talk to teachers and children.


Sunpenny authors Stephanie Parker McKean with Bridge to Nowhere and Sara DuBose with Uncharted Waters were able to enjoy a visit and chat at Bill's and Sara's lovely home in Montgomery, Alabama.

Thanks for the commentary on the photos of the tour, Stephanie. It looks like you and Alan had a wonderful time!

'Bridge to Nowhere' is available to buy on Amazon UK, Amazon US and The Book Depository.