Book signings and talks: Our authors tell what works best for them!

Appearances at book signings and talks are one of the best ways for authors to get to meet their readers, tell their stories and, with luck, sell some books. At Sunpenny, we asked our authors for their experience of book events. As many of them live in different countries, it is especially interesting to hear what works for them in their own environments. Here is what they told us!

My best result was in the U.S. at a local book store - a Hallmark Card business. They made up gorgeous posters for me since I was still over here in Scotland and had me advertised for a couple of weeks. I sold out of the books I took there and made a couple of new friends who are still friends on Facebook. Some of the folks who bought the book wanted it because it was dedicated to my son, Luke and had his poem in it. They knew Luke, so the book had special meaning for them. Most of the other book store signings Alan and I have done haven't been so successful. But we had a really good one in the Lakehills, Texas Library, close to where I used to live. And another in the Avoch Parish Church Hall for Alan's first book and my first Sunpenny, Bridge to Nowhere. So I find it helps when people know you. 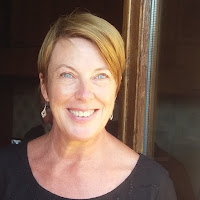 I once had a signing in Waterstones in Chelmsford. There were four local authors there (my parents lived nearby). I sold a couple of books but it was quite disappointing, and I wasn't able to gain any interest at all when I lived in Bath, which is possibly too touristy. At my launch party for both books in Italy, I was thrilled to sell more books than there were guests, around 60 for both books. I suppose the fact that people knew me made a difference. Maybe because they were interested in me and know I make them laugh, they bought! Some people bought more than one copy for friends straight away when I had the second launch for Whisper on The Mediterranean, so I suppose that shows that they liked the first and realised I can write! 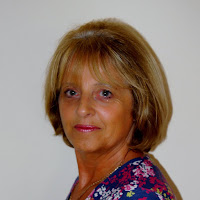 I've done loads of book signings, and now sell between 16 and 20 each time in a two hour slot. I also find talks are really good for selling books, so do lots of those - and I agree with Tonia about Bath book stores being difficult, but so, I find, are a lot of independent shops, yet they actually need the sales more than the chains! 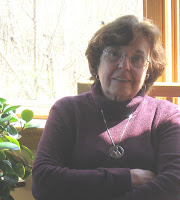 I've had success with book clubs (rather than book shops).  I've put the word out that I enjoy talking to clubs that have read my books.  Our libraries have a section where they suggest good books for book clubs. They have a copy or copies on display along with the author's contact info.  One or two people borrow the book from the library and the rest of the members buy copies.  I've found they tell their friends what their club is reading and the friends purchase. And the part I love is going to their meeting and hearing them discuss my characters, the plot, etc. I have learned a lot listening to them as well as getting to meet a lot of interesting and fun people. 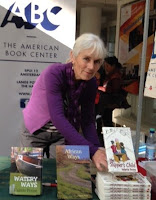 I've done signings, talks and workshops here in the Netherlands, but the best for me has been talking to clubs, like Janet. I've done three talks to the Pickwick International Women's club here in Rotterdam, and on each occasion, I've sold a dozen or so books. Unfortunately, the bookshops here in Holland that sell English language books are few and they have the luxury of choice for their stock, so it's very difficult to gain their interest unless the books are about the Dutch people. Boat books are a niche market, I'm afraid! However, the book club talks worked pretty well. I would go for these again rather than bookshops, although I must admit the American Book Center in the Hague are very good to me and allow me to use their meeting room for talks and workshops. It's all good exposure in the end!


Perhaps getting to know people and bookshop owners in the area is the key factor when it comes to the success of such events. In the coming weeks, we will do more posts on how to prepare for book signings and talks, as these are still known to be the best all-round means for authors to become known in their home market.
Posted by Vallypee at 14:39

Great post and nice to hear about other's experience. Tonia

I enjoyed reading these too! Everyone has different experiences in different places. We need to find what works best for the location and audience!

Lovely blog! So interesting to hear how other authors have found success in selling their books and what works best for them. Good advice for all authors! Thanks, everyone who contributed!