Another back story: Redemption on Red River by Cheryl Caine

This week's blog is a revised version of a post we did in November 2014 to publicise Cheryl Cain's historical romance Redemption on Red River. It's an exciting book set in 19th century America and it has a rich setting with plenty for both history enthusiasts and those who enjoy a good love story. We talked to Cheryl to find out what prompted her to write her vivid period novel. 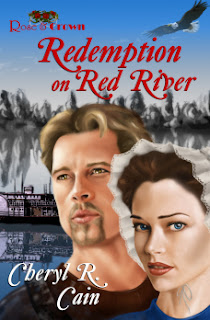 In brief, this is what ‘Redemption on Red River’ is about
In 1837, at her graduation, Anna Collins has her whole life ahead – a teaching post, a handsome fiancé and a future which twinkles with promise. A week later, her life lies in tatters. Nearly destroyed by grief and despair, Anna decides to prove to both her fiancé’s family and her own, as well as to herself, that she can succeed as a teacher, and survive without a man in her life. When after a good search the only opening for her as a teacher is at Fort Towson in Indian Territory, she accepts it as an answer to her prayers.
Anna joins the Jewel Belle paddle steamer for her river journey. She promptly begins a host of adventures, including being rescued from a soldier’s drunken advances by the chivalrous Captain Nathaniel. Their friendship deepens, but when they separate at Shreve’s Town she finds herself doubting she will ever be truly loved. Throwing herself into her work, she battles with hostility from the townsfolk and a terrifying encounter with a native Indian, facing her demons again and again as she grows to understand herself and her new home. But it is not until a twist of fate brings both the men in her life back into the picture that Anna truly understands where her love lies, and that it cares not for time, but for the heart.
Over to Cheryl, who kindly answered the questions we posed to her: 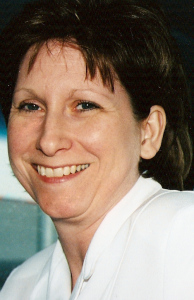 1) Can you describe ‘Redemption on the Red River’ in a short sentence?
It is the story of a young American woman who travels from Cincinnati, Ohio to Indian Territory in an endeavour to fulfil her dream of becoming a teacher and bettering the lives of children.
2) What inspired you to write the book?
An article in our local newspaper described an archaeological dig along Oklahoma’s southern border. The Red River, which is the boundary between Texas and Oklahoma, served in the 1830’s as a major transportation route for delivery of supplies to American forts in the southern area of Indian Territory. A large steamboat, the Heroine, sank in the river while travelling to deliver food and other needed supplies to Fort Towson. The article piqued my interest in steamboat travel and my imagination took off with a story combining the actual event with a fictional character observing the sinking of the Heroine.
3) What did you discover while researching for the story?
I found so much information about Oklahoma history that I didn’t know. Even though during my junior high school education, I took required classes on Oklahoma history, I never knew Oklahoma had at one time a viable waterway route. Because of the things I discovered, I’ve become more interested in other historical events in my state’s history-such as Civil War battles fought here.
4) How did you begin writing the novel?
After deciding I wanted to write a book with the events of the Heroine, I jotted down a loose outline and began writing. I wrote most of ‘Redemption of the Red River’ while participating in NaNoWriMo-National November Writing Month. The program is free and voluntary and the goal is to write 50,000 words during November. In order to stay on track during the month, I wrote in a notebook during my lunch break at work and in the evening, I took up where I left off during the day, typing on a computer. For an online writing class, I wrote a paragraph as an assignment describing an annoying mosquito and when I began writing the book, I wanted to include the paragraph.
Many thanks to Cheryl for this interesting back story. Who knows what chance incident will inspire a writer to start a novel? For Cheryl, it was the article first and then the motivation provided by NaNoWriMo. Since November is upon us, how many others will be taking part in this motivating competition?
And here is one of the reviews of Cheryl's exciting book:


MJ Heatley writes: When I started reading Redemption on Red River I wasn’t sure if I liked Anna, I wanted to shout at her that she was better than Martin. But she surprised me and I was taken on a journey with her and was proud of the way she fought and survived everything thrown at her. Cheryl R Cain’s writing is accomplished and the historical research really brings this novel to life. An excellent debut novel.

For those interested in reading the book, the link to the Amazon Kindle edition is here
Posted by Vallypee at 21:04

It sounds like a great book! One for me, I think!